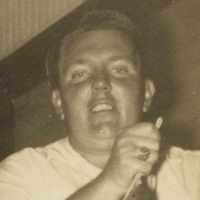 The Life of Ralph Arnold

Put your face in a costume from Ralph Arnold's homelands.

The Neutrality Acts were passed in response to the growing conflicts in Europe and Asia during the time leading up to World War II. The primary purpose was so the US wouldn't engage in any more foreign conflicts. Most of the Acts were repealed in 1941 when the Japanese attacked Pearl Harbor.
1939 · First Oil Well in Mississippi Located in Yazoo County

Fredric F. Mellen was a geologist that was surveyed a clay and minerals project. While doing this he instead struck oil and started the oil industry in Mississippi.
1949 · NATO is Established