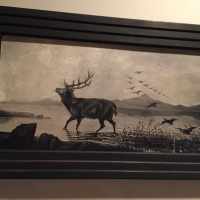 The Life of Henrietta A.

Put your face in a costume from Henrietta A.'s homelands.

The first federal law that defined what was citizenship and affirm that all citizens are equally protected by the law. Its main objective was to protect the civil rights of persons of African descent.
1867 · British North America Act

The British North America Act or Constitution Act of 1867 caused three British colonies, New Brunswick, Nova Scotia, and Canada to be united as one under the name Canada. Until this point New Brunswick had been the British crown colony.
1890 · The Sherman Antitrust Act