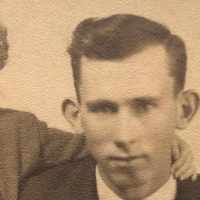 The Life of Verlin Scott

Put your face in a costume from Verlin Scott's homelands.

The Eighteenth Amendment established a prohibition on all intoxicating liquors in the United States. As a result of the Amendment, the Prohibition made way for bootlegging and speakeasies becoming popular in many areas. The Eighteenth Amendment was then repealed by the Twenty-first Amendment. Making it the first and only amendment that has been repealed.
1922 · The First Radio Station WOK Begins Broadcasting

In 1922, Harvey C. Couch Sr. started WOK the first radio station in Arkansas. After a trip to Pittsburgh and the KDKA radio he came up with the idea for Workers of Killowatts (WOK). WOK had no commercials which was nice for the listeners.
1944 · The G.I Bill

1 English: variant spelling of Hewitt 1.2 German (Hütt): status name for someone living in a hut or owning a small shop, Middle High German hütte, or a habitational name from any of several places called Hütt or Hütte.