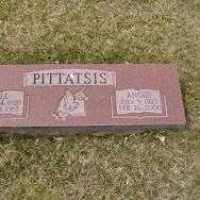 The Life of William G. “Bill”

Put your face in a costume from William G. “Bill”'s homelands.

Warrant G. Harding died of a heart attack in the Palace hotel in San Francisco.
1925 · The Goodman Theatre

The Goodman Theatre was founded as a tribute to the Chicago playwright Kenneth Sawyer Goodman, who died in the Great Influenza Pandemic in 1918. The theater was funded by his parents, who donated $250,000 to the Art Institute of Chicago. The first theater was designed by Howard Van Doren Shaw and its opening ceremony was performed on October 20.
1941