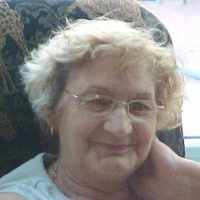 The Life of Doris Marguerite

Put your face in a costume from Doris Marguerite's homelands.

On April 16, 1945, the HMCS Esquimalt was torpedoed by German U-Boats. Thirty-nine men died, some due to the attack others to exposure to cold. Those that survived were rescued by the Sarnia.
1955 · Canso Causeway Completed

The Canso Causeway was completed on April 13, 1955. It is a bridge across the Strait of Canso connecting Cape Breton Island. It is constructed in a S shape.
1976 · Ruling Against Censorship

In 1976, it was determined by the Supreme Court that Nova Scotia did not have the right to censor movies.