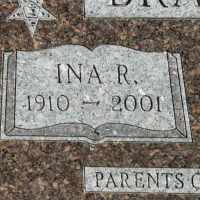 The Life of Ina Rosie

Put your face in a costume from Ina Rosie's homelands.

Northern English: hypercorrected form of Farrar , occupational name for a smith or worker in iron. The original -ar or -er ending of this name came to be regarded as an error, and was changed to -ow.