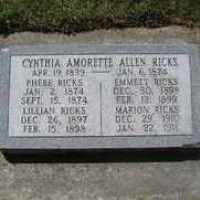 The Life Summary of Cynthia Amorette

Put your face in a costume from Cynthia Amorette's homelands.

Cynthia's mom, Sarah, records: "In 1851 I exchanged my gold dust for cash and goods, reserving enough of the gold to make me a ring, which I still wear. I gathered my little means together, and hired …