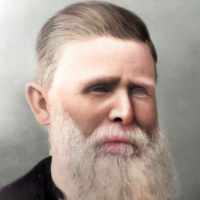 English (northern): habitational name from any of the places in Staffordshire, Yorkshire, and Northumberland, which are so called from Old English fetherstān ‘tetralith’, a prehistoric structure consisting of three upright stones capped with a headstone (from Old English fe(o)ther- ‘four’ + stān ‘stone’).

Thomas Featherstone b. 1834 England immigrated with his wife Emma Smith, Emma's parents and several Smith siblings on the SS Germanicus, departing Liverpool, England on May 1, 1854 and arriving in New …