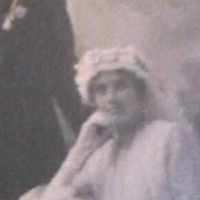 The Life of Sena Wilhemina

Put your face in a costume from Sena Wilhemina's homelands.

A landmark decision of the U.S. Supreme Court upholding the constitutionality of racial segregation laws for public facilities if the segregated facilities were equal in quality. It's widely regarded as one of the worst decisions in U.S. Supreme Court history.
1907 · Law Passed for Child Employment

The maximum hours for children to work were set to 55 per week.
1919 · The Eighteenth Amendment

1 German: topographic name for someone who lived on ground which had been cleared of forest, but not brought into cultivation, from Middle High German velt ‘area of open country’.2 Jewish (Ashkenazic): ornamental from German Feld (see 1). In some cases it could be a shortened form of any of the various compound names beginning with German Feld.