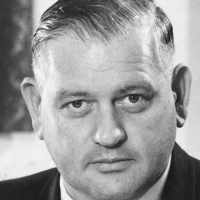 The Life Summary of Norman Eric

Put your face in a costume from Norman Eric's homelands.

The Wool Boom was one of the greatest economic booms in the history of New Zealand. It was brought about by the need of wool from the United States during the Korean War. After the boom, the export price of wool has declined by 40% and the population of sheep on the Islands has continued to rise.

Scottish, English, and Danish: from Middle English, Danish kirk ‘church’ (Old Norse kirkja), a topographic name for someone who lived near a church. This name has also been established in Ireland since the 16th century or earlier.