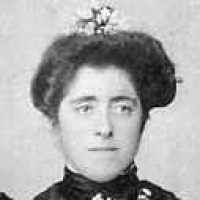 The Life of Narcisse

Put your face in a costume from Narcisse's homelands.

The Statue of Liberty that is in France is identical to the one that sits in New York. The Statue was sent over from France. It symbolizes the alliance between the two countries. The French have nicknamed it the Laboulaye Lady
1889 · World Expo at Paris With the Eiffel Tower

Italian: habitational name from Palazzo Adriano in Palermo province, Sicily, Palazzo San Gervasio in Potenza province, Basilicata, or possibly from Palazzo Canavese in Turin province, all named with palazzo ‘palace’, ‘noble mansion’ (Latin palatium, a word derived from the Palatium or mons Palatinus in Rome, site of the emperor Augustus’ golden house). In some instances the name may be topographic for someone who lived near a royal or noble mansion, or an occupational name for someone who was employed in one.

There are no historical documents attached to Narcisse.