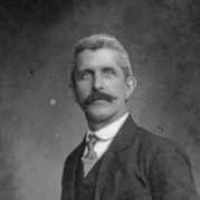 The Life of Luigi Giuseppe Giacobbe

Put your face in a costume from Luigi Giuseppe Giacobbe's homelands.

Italy abolishes the monarchy and establishes a republic.
1947

Italian: habitational name from any of numerous places named or named with Bagnoli (meaning ‘little baths’), as for example a place near Messina, a quarter of Naples, and Bagnoli Irpino near Avellino.