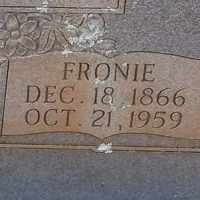 The Life of Franil Malisa

Put your face in a costume from Franil Malisa's homelands.

This Act was to restrict the power of the President removing certain office holders without approval of the Senate. It denies the President the power to remove any executive officer who had been appointed by the president with the advice and consent of the Senate, unless the Senate approved the removal during the next full session of Congress. The Amendment was later repealed.
1877 · Mississippi State Board of Health is Created

In 1877, the Mississippi State Board of Health was established to protect and advance health throughout the state. There are several different categories that fall under their watch such as disease, environment, injury, standard care, shots, keep records, and more.
1895 · Alabama State Flag is Adopted