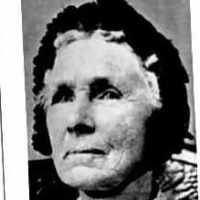 When Isabella Gibson was born on 16 April 1814, in Scotland, United Kingdom, her father, John Gibson, was 36 and her mother, Margaret Melican, was 23. She married David Eccles about 1847, in Kilmaurs, Ayrshire, Scotland, United Kingdom. They were the parents of at least 5 sons. She lived in Cunningham, Ayrshire, Scotland in 1851 and Kansas City, Jackson, Missouri, United States in 1880. She died on 2 December 1910, in Brooklyn, Kings, New York, United States, at the age of 96, and was buried in Green-Wood Cemetery, Brooklyn, Kings, New York, United States.