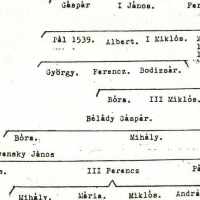 The Life of Flóra "Florentina"

When Flóra "Florentina" Gecselyi was born on 19 March 1860, in Hungary, her father, Janosne Gecsey, was 20 and her mother, Flora Kürthy, was 20. She married Károly "Carl" Lator in 1885, in Sonkád, Szatmár, Hungary. They were the parents of at least 2 sons and 1 daughter. She died in 1945, in Detroit, Wayne, Michigan, United States, at the age of 85, and was buried in Hungary.

Put your face in a costume from Flóra "Florentina"'s homelands.