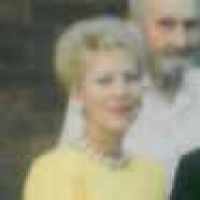 The Life of Reta Louise

Put your face in a costume from Reta Louise's homelands.

From 1955-1956, around 17,000 workers for General Motors went on strike. They wanted a pay raise, more secure working conditions, and a health plan half paid by General Motors. The strike lasted 148 days.
1965 · Postal Worker Strike

In 1965, 10,000 postal workers in Ontario and other places around Canada went on strike for higher wages.

There are no historical documents attached to Reta Louise.