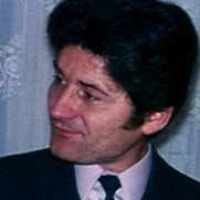 The Life of Félix André Paul

When Félix André Paul MANI was born on 21 July 1929, in Lille, Nord, Nord-Pas-de-Calais, France, his father, Emile Aguste Mani, was 38 and his mother, Renee Marie Jeanne Verdure, was 37. He married Colette Marie Bouchard in 1964, in France. He died on 18 October 2014, in Le Chesnay, Eure, Upper Normandy, France, at the age of 85, and was buried in Le Pecq, Yvelines, Île-de-France, France.

Put your face in a costume from Félix André Paul's homelands.

After Hitler invaded Poland, France and Britain declared war on Germany. France lost 472,000 in military and civilians. 100,000 of which were Jewish citizens.
1954 · Algerian War with France

From November 1, 1954 to March 19, 1962 France was at war with Algeria. It started when a simple protest march to demand Algerian independence turned into a massacre. Algeria gained their indpendence from France.

1 Indian (southern states): reduced form of Subramanian .2 Indian (Kerala): among Christians from Kerala, a pet form of Emmanuel . It is only a given name in Kerala, but in the U.S. used as a family name among people from Kerala.