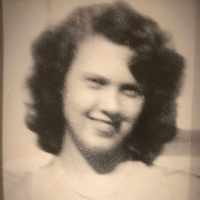 The Life of Laurel Doris

Put your face in a costume from Laurel Doris's homelands.

The Neutrality Acts were passed in response to the growing conflicts in Europe and Asia during the time leading up to World War II. The primary purpose was so the US wouldn't engage in any more foreign conflicts. Most of the Acts were repealed in 1941 when the Japanese attacked Pearl Harbor.
1944 · Congress Passes the Pick-Sloan Missouri Basin Project

The Flood Control Act of 1944 was passed and would later be called the Pick-Sloan Missouri Basin Program. It was named after the authors of the program Lewis A. Pick and William Glenn Sloan. It began as two separate plans but they both had the idea for an irrigation system that would help with the flooding of the Missouri River.
1956 · The Federal Aid Highway Act