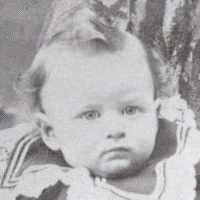 The Life of Frank Arling Ray

Put your face in a costume from Frank Arling Ray's homelands.

Detroit was the home of the second dime and nickel stores that S. S. Kresge owned. After two years with John McCrory, his partner, he traded his share in the Memphis store, plus $3,000, for full ownership of the Detroit store and formed the Kresge & Wilson Company with his brother-in-law, Charles J. Wilson. In 1962, the S. S. Kresge Company would rebrand and change their name to Kmart.
1903 · Ford Motor Company

"Henry Ford built his first gasoline-powered vehicle, named the Quadricycle, in 1896, at his home in Detroit. Ford sold the Quadricycle for $200 and used the money to build a second car. In 1901, Ford raced his car ""Sweepstakes"" against Alexander Winton and won. The victory resulted in publicity for Ford which allowed him to gain investors for his new company, Ford Motor Company. The first Model A was sold on July 23, 1903, and the company was incorporated on November 13, 1903."
1912 · The Girl Scouts