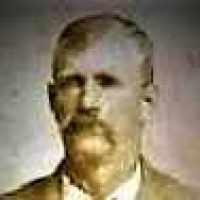 The Life Summary of Samuel Spotswood

Put your face in a costume from Samuel Spotswood's homelands.

Welsh: Anglicized form of Welsh ap Rhisiart ‘son ofRichard’. Compare Pritchard .English (Midlands): from a diminutive of Middle English prik(e), prich ‘point’, ‘prick’, hence a metonymic occupational name for a maker or user of any of various pointed instruments, or a nickname for a tall, thin man.