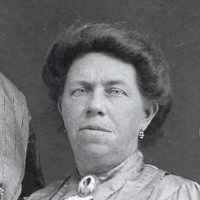 The Life Summary of Emma Linda

When Emma Linda Neimoyer was born on 3 November 1859, in Macungie, Lehigh, Pennsylvania, United States, her father, William Andrew Neimoyer, was 42 and her mother, Lucinda Romig, was 43. She married John W Allen on 11 October 1877, in Salt Lake City, Salt Lake, Utah, United States. They were the parents of at least 2 sons and 3 daughters. She lived in Seattle, King, Washington, United States for about 10 years and Redlands, San Bernardino, California, United States in 1920. She died in February 1927, at the age of 67.

Put your face in a costume from Emma Linda's homelands.

German: variant of Niemeyer or Neumeyer and, in North America, (also) an altered form of the former. The surname Neimeyer is very rare in Germany.