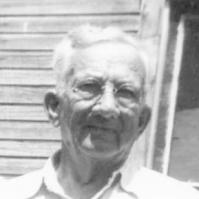 Statue of Liberty is dedicated.
We don’t have any information about this name.

The marriage announcement in The Evening Star newspaper from Independence, Kansas dated 18 December 1918 has this info: John H. Riddlebaugh, 47, Parsons, and Harriet Margaret Wilson, 33, Parsons were …