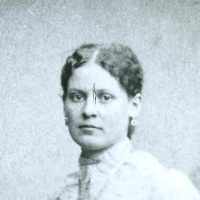 English, German, Dutch, and Jewish; Spanish (Tobías); Hungarian (Tóbiás); Czech (Tobiáš) and Slovak (Tobiaš, Tobiáš, Tóbiáš, Tóbiaš): from the Biblical personal name Tobias (Spanish Tobías, Hungarian Tóbiás, Czech and Slovak Tobiáš), from a Greek and Latin form of the Hebrew name Tovyah ‘Jehovah is good’, which, together with various derivative forms, has been popular among Jews for generations. Among Christians it has been in use in the earliest time, already.Germanized or Americanized form of Polish Tobiasz or Croatian Tobijaš, a cognate of 1 above.Slovenian: from a German or Latin form of the Biblical personal name Tobija (see 1 above). In North America, this surname may also be an altered form of the variant Tobijas.