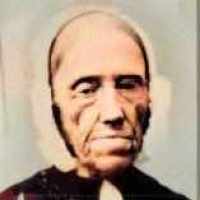 English (Lancashire and Cheshire): from Middle English hoʒ, Old English hōh ‘heel, spur of land, ridge’. The surname may be topographic, for someone who lived by such a feature, or habitational, from a place so named, such as Hough in Cheshire. This name has the same origin as Howe : Hough is from the nominative case (Old English hōh), while Howe from the dative singular. See also Howes .Irish: variant of Haugh .