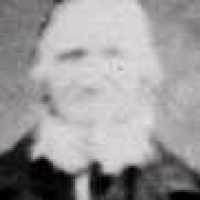 English (Devon and Cornwall): topographic name for someone who lived ‘(by the) crabtree or blackthorn’, from Middle English gribbele.English (of Norman origin): from a Norman personal name Grimbald, composed of the ancient Germanic elements grīm ‘mask, helmet’ + bald, bold ‘bold, brave’. Grimbald became Gribald through assimilation of mb to bb.Altered form of German Gribbel, from a pet form of a personal name formed with Greif .

William Gribble was the first of the Mormon Battalion to find gold. He made a gold ring and gave it to Brigham Young. A descendant of Pres Young has the ring and this correspondence deals with that. …