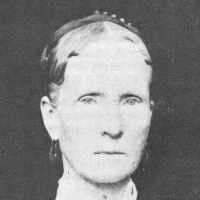 The Life Summary of Hannah Elida

Put your face in a costume from Hannah Elida's homelands.

Jesse Wentworth Crosby was born on the 25th of November in 1820, at Yarmouth, Nova Scotia, Canada. Jesse was the sixth and youngest child of Joshua and Hannah Corning Cann Crosby. At the time of Jesse …