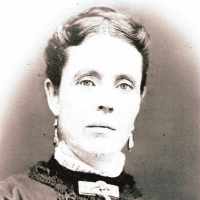 The Life Summary of Hannah Isabella

Put your face in a costume from Hannah Isabella's homelands.

Harriet Hales was born in Kent, England, on June 10, 1824, the daughter of Stephen and Mary Ann Hales. In June of 1832 the family, then consisting of the parents; five boys, Charles, George, Wil …