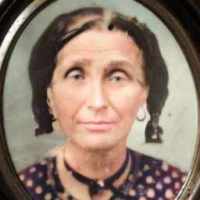 The Life Summary of Abigail Jane

Put your face in a costume from Abigail Jane's homelands.

Brief Biography of Milo Andrus (1814-1893) Milo Andrus touched the lives of many people in significant ways and in a variety of activities—as a missionary, colonizer, leader of emigrant companies, chu …