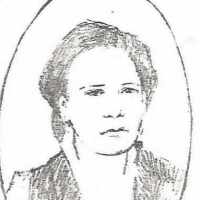 Here is a link to a family history of my third great grandfather Frederick John Levi & all of his descendants that we had identified up until July 1994 when it was published. Here is a link to downlo …