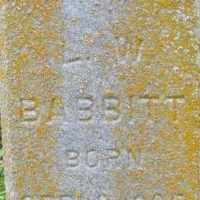 The Life Summary of Lorin Whiting

Put your face in a costume from Lorin Whiting's homelands.

English (Suffolk and Somerset): variant of Bobbitt . This surname is now extinct in Britain.History: The founder of the American Babbitt family was Edward Bobet, who came to Plymouth Colony in 1643.

Lorin W. Babbit joint the RLDS after leaving Beaver in 1856

The following two quotes came from http://www.centerplace.org/history/ch/v3ch23.htm. The Church referred to was the Reorganized Church of Jesus Christ of Latter-day Saints. "The Annual Conference was …