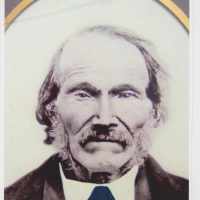 The Life Summary of William R

When William R Armstrong was born on 26 December 1804, in Canonbie, Dumfriesshire, Scotland, his father, John Armstrong, was 27 and his mother, Margaret Nicol, was 22. He married Nancy Wishart on 10 July 1836, in St Martin In The Bull Ring, Birmingham, Warwickshire, England, United Kingdom. They were the parents of at least 1 daughter. He lived in Harborne, West Midlands, England, United Kingdom in 1841 and Birmingham, Warwickshire, England, United Kingdom in 1851. He died on 4 April 1895, in American Fork, Utah, Utah, United States, at the age of 90, and was buried in American Fork, Utah, Utah, United States.

Put your face in a costume from William R's homelands.