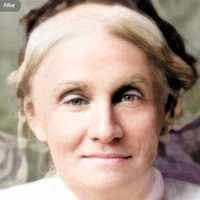 The Life Summary of Rhoda Ogden

Put your face in a costume from Rhoda Ogden's homelands.

(As she told it to her daughter, Nellie Pitcher) Rhoda Chase, daughter of Isaac and Phoebe Ogden Chase, was born September 29, 1830, in Sparta, Livingston Co., New York. My young childhood days we …