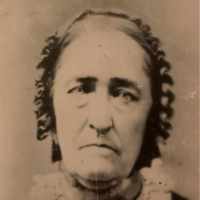 The Life Summary of Nancy Reddick

Put your face in a costume from Nancy Reddick's homelands.

Nancy Reddick Greer 1805-1878 Nancy the eleventh child of John Greer and Sarah Hunt was born August 9, 1805 in Jasper County Georgia. She was a pretty, lovable child with a brilli …