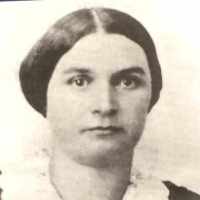 The Life Summary of Harriet Cordelia

Put your face in a costume from Harriet Cordelia's homelands.

On the 24 September 1847, Aaron Williams Beach's father, Rufus Beach, arrived with the 22nd company of pioneers in the Salt Lake Valley. He had left Nauvoo, Illinois, a wealthy widower having lost tw …