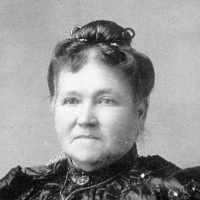 SAMUEL MACAFEE (Written by Lola T. Wells from notes given her by Melissa Bell and family and Samuel’s date …