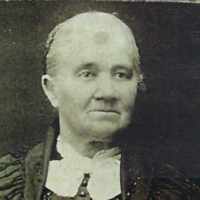 When Caroline Barber was born on 26 February 1842, in Birmingham, Warwickshire, England, United Kingdom, her father, William Barber, was 26 and her mother, Eliza Higgins, was 21. She married Charles Blunt before April 1862, in Birmingham, Warwickshire, England, United Kingdom. They were the parents of at least 1 son. She lived in Goshen, Utah, Utah Territory, United States in 1880 and Montrose, Colorado, United States in 1885. She died on 4 December 1906, in Ashton, Fremont, Idaho, United States, at the age of 64, and was buried in Pineview Cemetery, Ashton, Fremont, Idaho, United States.