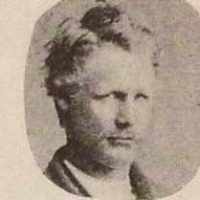 When Samuel Wilkinson was born on 2 September 1854, in Bradford, Yorkshire, England, his father, Charles William Wilkinson, was 41 and his mother, Sarah Ann Mercer, was 38. He lived in Leeds, Yorkshire, England, United Kingdom in 1851. He died on 24 September 1880, in Hoytsville, Summit, Utah, United States, at the age of 26, and was buried in Hoytsville Cemetery, Hoytsville, Summit, Utah, United States.