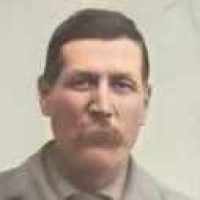 The Life Summary of Elijah Edmond

When Elijah Edmond Horton was born on 9 July 1850, in Warwickshire, England, United Kingdom, his father, Edmund Horton, was 41 and his mother, Maria Meades, was 36. He married Rachel Christobel Frazier on 12 May 1872, in Wanship, Summit, Utah, United States. They were the parents of at least 5 sons and 3 daughters. He lived in Royal Leamington Spa, Warwickshire, England, United Kingdom in 1851. He died on 13 December 1915, in Salt Lake City, Salt Lake, Utah, United States, at the age of 65, and was buried in Wanship Cemetery, Wanship, Summit, Utah, United States.

Put your face in a costume from Elijah Edmond's homelands.