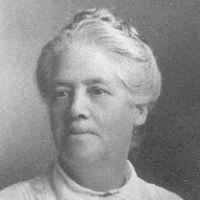 When Emma Tibble was born on 15 June 1856, in Southampton, Hampshire, England, United Kingdom, her father, Thomas Tibble, was 30 and her mother, Francis "Fanny" Grunnsel, was 28. She married Heber Mikesell in 1873. They were the parents of at least 3 sons and 2 daughters. She lived in Southampton Holy Rood, Hampshire, England, United Kingdom in 1861 and Salt Lake City Ward 2, Salt Lake City, Salt Lake, Utah, United States in 1900. She died on 19 December 1927, in Los Angeles, Los Angeles, California, United States, at the age of 71, and was buried in Mount Olivet Cemetery, Salt Lake City, Salt Lake, Utah, United States.

English (Hampshire): either from the Middle English female personal name Tibel, a diminutive of Tibb (pet form of Isabel ), or a weakened form of the male name Tibald (see Theobald ). See also Tipple .

My grandmother was the third child of nine born to Thomas and Frances Grunsel TibbIe on June 15, 1856 at 5 Winchester Street in Southampton, Hampshire, England. She was named after her mother's b …