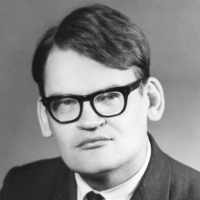 The Life Summary of Aimo Edward

When Aimo Edward Murtonen was born on 3 June 1924, in Mouhijärvi, Turku ja Pori, Finland, his father, Juho Eetvartti Juhonpoika, was 37 and his mother, Hilja Pauliina Viitanen, was 29. He married Irja Tuulikki Kettunen on 15 February 1948, in Turku, Turku ja Pori, Finland. They were the parents of at least 1 son and 1 daughter. He died on 11 July 1996, in Melbourne, Victoria, Australia, at the age of 72.

Put your face in a costume from Aimo Edward's homelands.

The Red Army invades. An armistice is signed in September. Finland concedes more land to the Soviet Union and agrees to pay hundreds of millions of dollars in war reparations.

There are no historical documents attached to Aimo Edward.