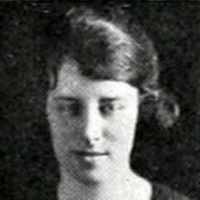 The Life of Janet Ames

Put your face in a costume from Janet Ames's homelands.

The world’s first movie theater was located in Pittsburgh. It was referred to as a nickelodeon as at the time it only cost 5 cents to get in.
1923 · The President Dies of a Heart Attack

Americanized spelling of German Klebsattel, a nickname for a rider (on horseback), apparently from kleben ‘to stick’ + Sattel ‘saddle’.