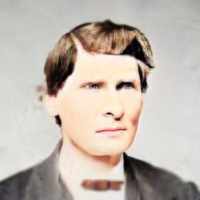 German: topographic name from Middle High German tan ‘woods, pine forest’ for someone who lived near such terrain.

History of Amasa Lyman (1813–1877) Autobiography to 1844. Raised in New Hampshire mostly by grandfather, uncle. Baptized by Lyman E. Johnson and confirmed by Orson Pratt in April 1832. Works in Pal …