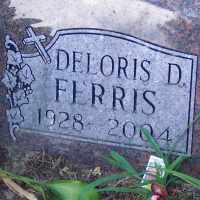 The Life of Deloris

Put your face in a costume from Deloris's homelands.

The Star-Spangled Banner is adopted as the national anthem.
1948 · The Beginning of the Cold War

1 German: from a post-humanist personal name.2 English: from the personal name Anabel, an alteration of Amabel, a feminine name derived from Latin amabilis ‘lovable’.