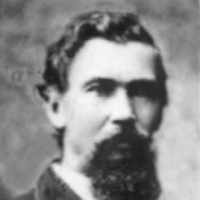 The Life Summary of James McClure

Put your face in a costume from James McClure's homelands.

English (of Norman origin): dissimilated form of Barringer (see Berringer ).Americanized form of French Bélanger (see Belanger ) or of its variant Bellanger . Compare Bellinger 3.German: perhaps a variant of Behringer or of Barringer , a cognate of 1 above, with similar dissimilation of r to l. It is also found in France (Alsace and Lorraine).

James served on the Union side of the civil war (he was one of only 311 members of The Church of Jesus Christ of Latter-day Saints to do so)1. He served in the 26th Regiment of the Kentucky Infantry.2 …