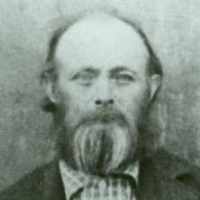 The Life Summary of John Amos

Put your face in a costume from John Amos's homelands.

John was born in Ohio, lived in Nauvoo, Illinois and was orphaned in the fall of 1945, when his parents and oldest brother died of Malaria (Ague). He came to Utah with a couple named Amos Davis and Ma …