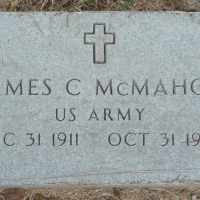 The Life of James Charles

Put your face in a costume from James Charles's homelands.

Like the Boy Scouts of America, The Girl Scouts is a youth organization for girls in the United States. Its purpose is to prepare girls to empower themselves and by acquiring practical skills.
1914 · Steamboat Service Established with New York

Irish: Anglicized form of Gaelic Mac Mathghamhna, a patronymic from the byname Mathghamhain meaning ‘good calf’. This was the name of two (unrelated) chieftain families in counties Clare and Monaghan. In northern Ireland it is sometimes Anglicized as Matthews , since Matha was the Irish form of the Biblical name.