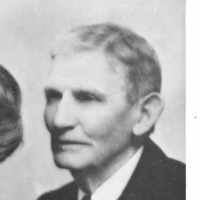 The Life Summary of Christopher Flintoff

Put your face in a costume from Christopher Flintoff's homelands.

In the little farming community of Kirtland, Ohio, a green spot of roll hills, I was born on October 16, 1855, the sixth child of Christopher Flintoff Dixon and Jane Elizabeth Wightman Dixon. My fathe …