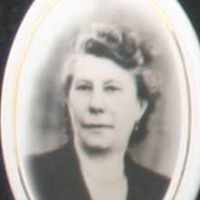 The Life of Eugénie

Put your face in a costume from Eugénie's homelands.

The Dreyfus affair was a huge scandal in the late 19th century and early 20th century French. Alfred Dreyfus was born on October 9, 1859 in Mulhouse, France  and died on July 12, 1935 in Paris France. He was convicted of treason. He was accused of being a spy in the German embassy in France.
1900

In December of 1905 a law was passed that separated church and state. It made it so that prayer could not be said before a parliamentary meeting or in schools. It also made it so that working on Sunday was legalized.

1 French: nickname for someone with a beard, Old French barbe (Latin barba).2 French: from the female personal name, French form of Barbara .3 German: from Middle High German barbe, the name of a species of fish resembling the carp; hence by metonymy an occupational name for a fisherman or fish dealer, or possibly a nickname for someone thought to resemble the fish in some way.