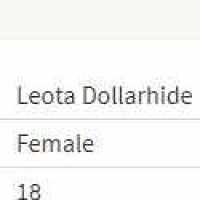 The Life of Leota Ethel

Put your face in a costume from Leota Ethel's homelands.

Irish: of uncertain origin. It may be an altered form of de la Hyde ( see Hyde ), which was a prominent family name in Leinster from medieval times onward.