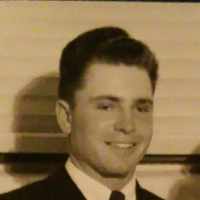 The Life of Wilbur Eugene

Put your face in a costume from Wilbur Eugene's homelands.

The Star-Spangled Banner is adopted as the national anthem.
1932 · Zoo Idaho

Zoo Idaho opened its doors at a local trailer park with just two animals on display. A few years later, C. Ben Ross appropriated funds for the purchase of land to create a park and a zoo. Today the zoo is home to 89 animals, all of which are native to the Intermountain West.
1951 · The Twenty-Second Amendment